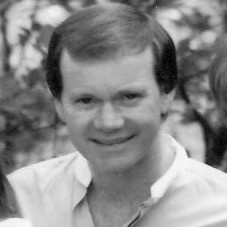 , George Arthur - Hebbville. It is with great sadness that we announce the passing of George Meisner at his home in Hebbville on July 26, 2015. Born in New Germany on July 10, 1945, George was the son of the late Ivy and Cecil Meisner. He was predeceased by his sister Jean. George served in Cyprus on a peacekeeping mission with the Royal Canadian Dragoons in the late 60’s. On his return, he worked at Michelin Tire, Bridgewater as the Boiler Room and Building Maintenance Supervisor, but retired early due to Parkinson’s Disease. His true passion was flying and he was the happiest when he was in a Cessna. He was a fitness buff and he enjoyed bicycling and running. An avid volunteer, George was involved with Scouts Canada, Liverpool Flying Club, Ham Radio Operators, south Shore Soccer, Bridgewater Senior Wheels, and South Shore Regional Hospital. After his illness, George enjoyed visits from his friends, especially the outings with his constant friend Stephen Joudrey. George was enthusiastic about life and always looked forward to his next adventure. He is survived by his wife Janet; son Jason, Halifax; daughters Denette Meisner (Mason McLeod), Newcombville, Natalie (Joe) Sawler, Pinehurst and Jessica (Kincaid) Chan, Calgary; brothers Ross (Vivian), New Germany, Richard (Jocelyn), Elliot Lake Ontario, Ralph (Christine), Conquerall Mills, Gordon (Joanne), Pine Grove; grandchildren Matthew and William Sawler and his little granddaughter Emmanuelle Chan who was a great pleasure to him during her visits. There will be no visitation at the Funeral Home. Memorial Service 1:00pm Thursday in R.A. Corkum Funeral Home, Wileville. Rev. Willis Ott Officiating. Interment will be at a later date. In lieu of Flowers, Memorial Donations may be made to the Parkinson’s Society Maritime Region. On-line condolences may be made by visiting www.corkumfuneralhome.ca