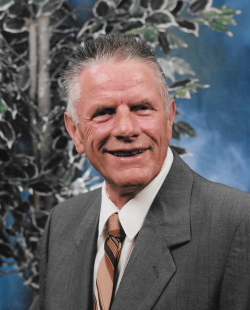 SMITH, George Hugh, 85 of Bridgewater, passed away peacefully at the South Shore Regional Hospital, Bridgewater on January 21, 2023, with his family by his side.

Born in Chester he was the son of the late Aubrey and Dorothy (Miller) Smith.

George worked for over 30 years at the CanExel Plant in East Chester, where he thrived to be and was known for his strong work ethic.

He is survived by his wife Jean (Bridgewater); 3 children, Philip (Victoria, BC), Anthony (Chester), Jane (Gary) Feener (Centre) as well as his 2 Grandchildren Kyle (Lunenburg), Trisha (Victoria, BC) and his 2 Great Grandchildren Rory and Brinley (Victoria, BC); brother Bill and sister Mabel and several nieces and nephews. He was predeceased by brothers Bernie, Mac and Gary; sisters Sylvia and Virginia (Ginny).

There will be no service by request. Private family burial will be held at a later date. Memorial donations may be made to Lunenburg County Home Support, or charity of choice. Arrangements are under the direction of the R.A. Corkum Funeral Home, Wileville, where on-line condolences may be made by visiting www.corkumfuneralhome.ca

We would like to thank the VON and Lunenburg County Home Support for their care and compassion. Special thanks to the staff at South Shore Regional Hospital and Matt Naugler for the great care given to George.