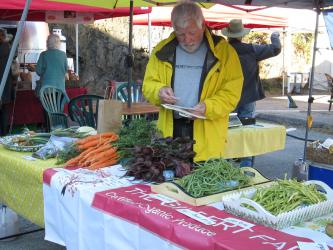 Dr. Frederick Franklin Gilbert was born in Toronto, Ontario, on August 5, 1941, and died peacefully by assisted death at home in Midville Branch, Nova Scotia, on November 2, 2020. He had terminal metastatic pancreatic cancer together with lymphoma. Fred never did things by halves.

Fred was a fairly brilliant kid. He went to U of T two years earlier than normal, having skipped two grades in public school. From U of T he was "rusticated," having spent his time playing chess, sports, and other non-academic but exciting pursuits. He completed his degree at Acadia University, which institution earned his life-long gratitude for having given him his second chance. He married Shirley and, with a young family (children Gaius and Cheryl), completed his Master's and PhD degrees at Guelph, where he is credited with helping to name the "Guelph Gryphons." He then became Big Game Leader for the state of Maine, with a joint appointment in Forest Resources at the University of Maine, Orono. And there, he was instrumental in starting the university's hockey team.

Back at Guelph, as an Assistant and subsequently Associate Professor, he became involved with Humane Trap Research, which is where he met Dan (Diana) who was later to become his second wife, and who brought along his stepsons, Nicholas and Tobyn. The research was part of a Canada-wide effort to identify and produce humane animal traps for furbearers. It culminated with the provision of Humane Trap standards, which standards incidentally allowed Canada to continue to trade in furs with the EU. Later, in the US, Dan and Fred worked on both US and International Humane Traps Standards-setting committees.

In 1981, Fred moved to Idaho with Gaius and Cheryl (who is still there!), where he was hired as full professor and head of the Wildlife Biology Program at Washington State University in Pullman, WA, just over the Idaho border. There, he also did two productive stints as Chair of the Faculty Senate, and served as Interim Chair of Natural Resources. While at WSU he co-authored a textbook, The Philosophy and Practice of Wildlife Management, which went to three editions. He has also written or co-authored over 60 refereed publications, articles, and book chapters.

From WSU, in 1992, he, Dan, and daughter Alyssa left for British Columbia, where Fred joined the fledgling University of Northern BC to become its founding Dean of the Faculty of Natural Resources and Environmental Studies. Having provided a good groundwork for the Faculty, and done significant things like working with the Tl'azt'en Nation to set up a research forest, he returned to the US, to Colorado, to take up the position of Vice Provost Academic at Colorado State University in Fort Collins. He, Dan, and Alyssa arrived the day of the mammoth Fort Collins flash flood in 1997. Fred was immediately charged with the remediation of the university's library, which had been inundated. They lived in Loveland, Colorado, at the top of a canyon. It was beautiful to Fred and Alyssa. Dan hated it, and so was happy to get back to Canada a year later, to Thunder Bay, where Fred had been hired for the position of President of Lakehead University. There, through many battles and vicissitudes, he and his staff and associates were able to accomplish much—for Fred always valued assists as much as he did personal goals.

Among the achievements under his and the administrative team's aegis were:

-careful budgeting, to allow for things like maintenance and beautification of the university's footprint, and infrastructure and equipment renewal

-a revived university hockey team, the Thunderwolves, based on a community support model unusual in Canada at the time

-building the ATAC facility for additional classsroom and research space with state-of-the-art technology, and to set the stage for additional research

-supporting the student-led building of a sports facility, "The Hangar"

-finalising the establishment of a medical school, the Northern Ontario School of Medicine, together with Laurentian University in Sudbury, which is now recognised as a model for others

-establishment of the Orillia Campus of Lakehead University, on a beautiful piece of land with LEED-certified buildings

-increasing research by enough for the university to become #1 in Canada in its category.

He served on the Advisory Committee for the Nuclear Waste Management Organization, chaired the Northern Ontario School of Medicine's board of directors, and throughout his career was involved with many other organizations, boards, and institutes.

Retiring in 2010, he ran for Provincial Parliament as a Red Tory—the Conservatives being the party which always put money to funding Lakehead projects. He lost. Good thing, said Dan, full of admiration for the effort, but sorry for the province for not getting a politician with personal integrity.

Then, he started a new career and fulfilled an old dream by establishing an organic farm in Nova Scotia, where he also joined the NS Liberal Party (we should perhaps note that he had been an NDP and Tommy Douglas supporter when he had last lived there as a student...). On the farm, he installed deer-fenced plots, built bridges over streams for the farm machinery, put in a vineyard, etc. After all, he was only 71 years old at the time. He sold the produce he grew at farmers' markets in Lunenburg and Bridgewater. He became involved in the Alumni Association at Acadia, which has recently named a lecture series in his honour, and met up with long-lost friends and colleagues here.

An obituary of Fred would not be complete without reference to a life-long involvement in sports, hockey being his first love. He was playing until March of this year (aged 78). He also played basketball. At Colorado State (where there was no hockey), the other basketball players said he was the only person who should have been penalised for high-sticking. He pitched in a softball tournament in his last season in Thunder Bay, which the team won (of course).

Fred wanted to thank all those he knew and spent great times with during his life, and he appreciated all the wonderful correspondence and phone calls he received before his death. He is survived by his immediate family in Nova Scotia, Dan, wife of 39 years, daughter Alyssa, and yellow Lab Yogi; and, scattered across North America, his children, Cheryl and Gaius, and grandchildren Kinsey and Spencer; stepsons Nicholas and Tobyn and their families; and his siblings Virginia, Merilynn, and Ross.  He was predeceased by his sister Nancy.

There will be no service at this time. On-line condolences may be made by visiting www.corkumfuneralhome.ca 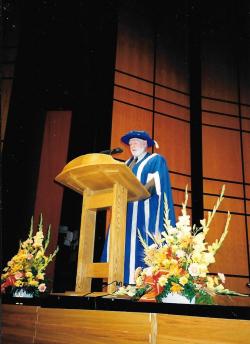 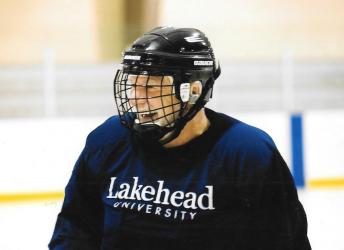 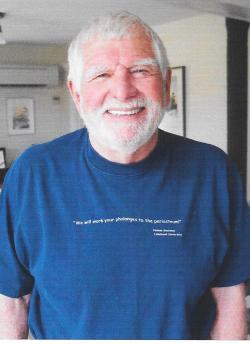