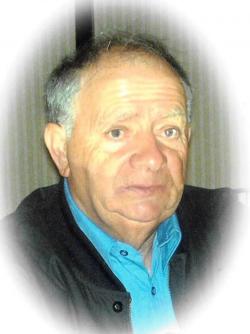 ORMAN, John Charles "Charlie" 79 of Italy Cross, passed away unexpectedly in Queen’s General Hospital in Liverpool, on February 8, 2020. He was the son of the late John Joseph Orman and Mary Agnes Higgins (Decker)

Charlie started working at the early age of 12 in the lumber woods to support his family. He came to Lunenburg County at the age of 15 where he met his wife of 61 years, Alice.

For many years Charlie made a living on the fish draggers as a second engineer. He was also a heavy equipment operator, truck driver and well driller, after giving up fishing. Charlie continued working until the age of 70 when a decline in health made it no longer possible to continue.

One of the highlights in his life was spending time with his grandchildren and great-grandchildren. He loved going for long drives with his immediate family members. Charlie was very proud of his self built 1975 Ford F150. He had a passion for mechanical work, repairing engines and machinery.