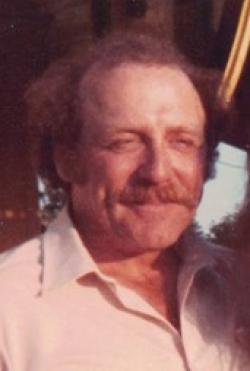 Donald Gerald Slauenwhite (Jerry), 79, Cornwall, passed away on January 1, 2021 at Dartmouth General Hospital as a result of injuries sustained in a recent car accident. Born in Halifax and having lived in various communities including over 20 years on Little Mush-a-Mush lake, Lower Cornwall is where he called home.

He grew up in Kline Heights, Halifax and lived in Vancouver for a few years before returning home to NS in the 70’s and making his home in Bridgewater. He was the foreman of the paint crew at Riverport Fish plant for many years until he opened a secondhand store - "Second Choice Furniture". After closing his business in 1990 he worked briefly at National Sea Fish plant in Lunenburg until a serious car accident in Feb 1991 left him unable to work.

In his younger days he loved being around people and made many friends. He had an infectious smile and hearty laugh. If you met him it didn’t take long for you to know he was stubborn and you may as well just agree with him, ‘cause you ain’t gonna win the argument.  Maybe you were one of the few who were close enough to him to see his ‘soft’ side. He loved his family and was especially proud of his children.

We wish to thank the doctors and nurses at the Halifax Infirmary and Dartmouth General Hospital for their care and kindness.

Respecting Jerry’s wishes and due to current restrictions there will only be a private family gathering to share memories. Arrangements and cremation are under the direction of the R.A. Corkum Funeral Home, Wileville, where online condolences may be offered by visiting www.corkumfuneralhome.ca