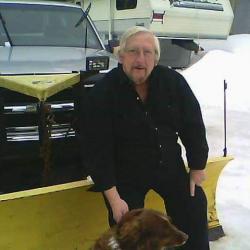 Bolivar, David William Windsor
Aged 71 of Hebb’s Cross, passed away peacefully in the Yarmouth Regional Hospital Tuesday October 8, 2019. Born in Bridgewater he was the son of the late Emery and Phyllis (Wile) Bolivar.
He was employed by Zellers as restaurant manager for many years, and then began driving trucks, where he was employed by Farmers Dairy for many years. He then went on to owning a small trucking company. In later years he worked for GE trucking until retirement.
He is survived by his wife Rose (Arenburg) Hebb’s cross, son John (Robyne) Italy Cross, daughter Kelly (Carman) Barss Corner; sister Karen Corkum, Bridgewater; grandchildren Tamarra, Abbigail, and Billy; several nieces and nephews
He was predeceased by his brother Robert Bolivar. Funeral service will be held 1:30 Friday in R.A. Corkum Funeral Home, Wileville. Family interment will follow in Christ Lutheran Cemetery, Camperdown. Family flowers only. Memorial donations may be made to the Canadian Cancer Society or charity of  your choice. Arrangements are under the direction of the R.A Corkum Funeral Home. On-line condolences may be made by visiting www.corkumfuneralhome.ca