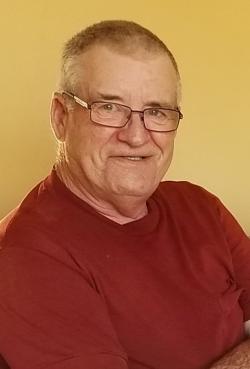 MINNICK, Bazil Stephen- Bridgewater. It is with heavy hearts, we announce the passing of Bazil Minnick -66 at home, after a very short courageous battle with cancer, with family by his side. Born in Bridgewater on April 26, 1953 to the late Garfield and Muriel (Corkum) Minnick of Mount Pleasant. In his earlier years, Bazil worked for Riverport Seafood’s, then Acadian and Dexter Construction Companies. Later he worked for Paul Zwicker Enterprises. After that as hobby, Bazil fixed lawnmowers and snow blowers. He was always ready to give a helping hand to anyone who needed help. He also spent many hours doing "Seek a Word" books. Bazil had two special loves in his life, besides his partner Evelyn. His chosen granddaughter, Mascha Jung, who called him "Grampie Bazil" and his little Shih-Tzu, Rascal. He leaves to mourn his passing, his partner Evelyn Hirtle of almost 37 years. His sister Marilyn (Kenneth) Carver; Nephews Kevin Minnick, Ronald and Stephen Carver and Joey Rafuse. Besides his parents, he was predeceased by brothers Gary (In Infancy), Carl Minnick. Also nephews Randy Carver and Dwayne Rafuse. Special thanks to all family, friends and wonderful neighbours who helped out with Bazil. I am not naming names, in fear of leaving someone out, but you know who you are and without your help, I could not have carried out Bazil’s wishes. Thanks also to the Palliative care team, the VON, and Doctors here and in Halifax. To R.A. Corkum Funeral Home and Pastor Paul Jensen for the service. Memorial service will be held 11:00am July 16, 2019 in R.A. Corkum Funeral Home, Wileville, Pastor Paul Jensen Officiating. Interment will be held at a later date. In lieu of flowers, memorial donations may be made to the Rose Fund or the charity of your choice. On-line condolences may be made by visiting www.corkumfuneralhome.ca

You can shed tears that he is gone,
and you can smile because he has lived.
Service Date
Tuesday, July 16, 2019